I visited a hill resort deep into the Himalayas a few months back. I had arrived there late in the afternoon. After lunch, I had slept off, maybe due to the tiresome long road journey from home. The warmth under the blanket was so addictive that I had to use some willpower to wake up.

Finally, after several turning sides, when I could wake up, it was already late in the evening. So I went out and sat alone on a lawn chair placed in the manicured lawn outside. A cup of tea was served there. 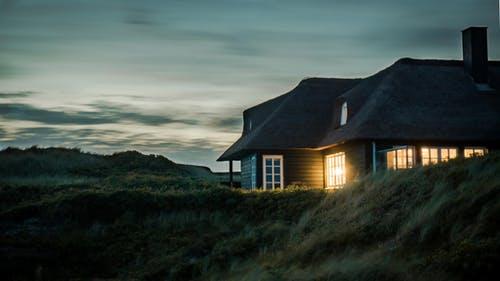 After nearly finishing the day’s task of giving warmth and light to earth, the tired Sun-God was saying goodbye.

The final flourish of crimson and orange hues had covered the entire Western horizon. The colours tenderly touched the sides of little heaps of feathery white clouds, making them blush like brides.

I kept watching the still azure sky. Overhead at a moderate height, a flock of birds was rhythmically winging their way back to their nests.

One bird led the group, and the rest followed in an arrow formation. I did not wish to know the names of those birds or where they were going. The flock looked like a live black line moving away.

I watched those birds as far as my eyes could follow them. Were their dark wings moving up and down saying TA-TA to me? A faint smile crossed my lips in response.

At the far end of the lawn, small grey birds were busy finding their night shelter under the thick thorny hedge of bougainvillaea. It was funny to look at the tiny creatures hopping back and forth at the bottom of the fence to find the safest place to rest for the night.

As they moved, they made a crisp twitting sound. Within a short time, they all disappeared under the hedge.

Larger birds perched atop high pine trees were noisier. They were calling out to their mates as if taking a roll call before sleeping. One could clearly follow the query calls and answering calls. Gradually, they too went quiet. A temporary lull fell all around.

The series of Mountains surrounding the resort, was changing colours steadily. When I had arrived here in the afternoon, the thickly forested mountains close-by looked blue-green.

Wave after wave of mountains reached out to as far as the horizon. Farther they went they appeared more and more blue. It looked as if the ever-restless waves of an ocean had suddenly frozen still.

At this moment, with the gradually descending sun, the colour of the mountains was turning darker by minutes. The difference between one mountain and the other was getting increasingly blurred.

After a while, the entire cluster of cliffs looked like a dark monolith sleeping under the canopy of the star-studded sky. A blanket of grey mist crept up silently to cover the mountainsides.

For me, it appeared as if the ever affectionate mother-nature was carefully spreading a blanket over her sleeping child.  My eyes put on a faraway look. I could see the head and tail lights of cars going up and down the winding road on the mountain across the valley.

So far, crickets had remained hidden and silent; God knows where? But now, they started making their presence felt. 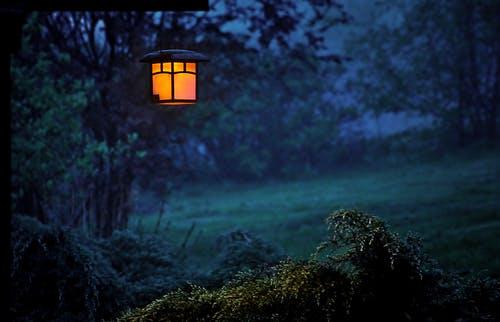 Suddenly one brown, shadowy figure sprinted from one side of the hedge to the opposite undergrowth. It could be anything like a rabbit, a wild cat, or a wild boar.

A hotel boy went around switching on the low powered lights on the porch walls in front of the row of huts. The dews had started condensing on the carpet of grass all around. It was time to go inside.

Yet I lingered on, savouring the sights and sounds of approaching night in the mountain resort. The countless blinking stars filling the inverted bowl of the dark sky above were the only witness of this episode. I wondered where all these stars remained hidden in the sky over our city.

Almost unwillingly, I rose from the chair and headed to my hut. The yellowish light on the wall had already started attracting tiny black-brown and green insects.

In one corner of that circle of light, house-lizard sat completely motionless with unblinking beady eyes.

I ignored the congregation of the insects and quickly entered my hut before the insects could follow me inside.

Better Half Vs Battered Half

Untold Stories of Men in Uniform